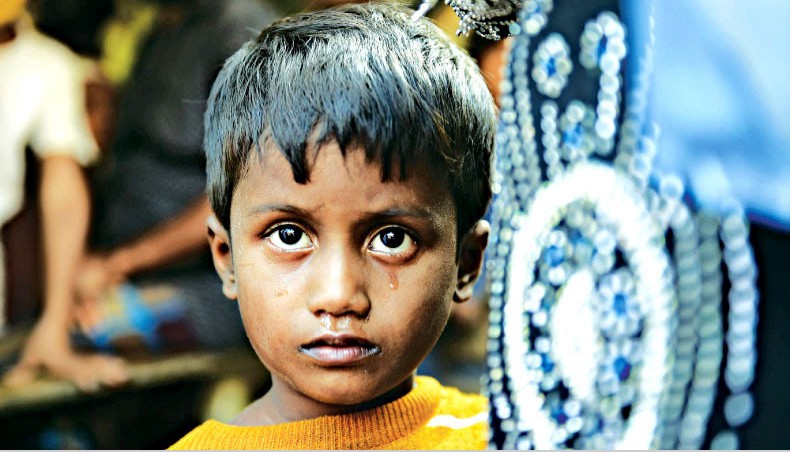 WHEN human rights abuses within a state persistently occur, the issue becomes public knowledge and repressive states will try their utmost to hide their actions, but to no avail. However, there are some actions and instances where establishing state responsibility becomes difficult while the abused continue to suffer. This is especially true if the state commits violations beyond its territorial borders or when its domestic politics and policies have negative human rights consequences for those in other (neighbouring) countries. These actions give rise to the question whether the state has any responsibility or obligations towards respecting the human rights of persons who are not its citizens. Can a state claim that it has not ratified a particular convention or treaty and, thus, it is not obligated to give protection or respect a particular right?

Let us take the issue that concerns us right now. The issue of the Rohingya people and the fact that overpopulated Bangladesh is bursting at the seams and its hospitality wearing thin. There are two sides to the issues of the rights of the Rohingya people — the country trying to wipe them out of existence through ethnic cleansing and the nearest country where they feel they could get refuge — however sparse.

What the Myanmar government is and has been doing to the Rohingya people is beyond inexcusable. It is barbaric and inhumane. The levels of violence, neglect, disgust, distrust, repression and alienation faced by the Rohingyais something no human being should have to suffer — especially in the country where they were born and have lived long enough to establish it as their homeland. They are not recognised as belonging to Myanmar, they have no citizenship and obviously have no state protection. This is a violation on a very wide public scale and is known worldwide. Their persecution in the hands of the Myanmar government is ethnic cleansing. However, the fact that Asian governments are not doing enough to protest this and put pressure on Myanmar to stop such crimes against humanity is also shocking.

However, Bangladesh too has its limitations. Hosting thousands of persecuted Rohingya refugees in deteriorating and squalid conditions can give rise to various social and economic issues. They are obstructed from getting employed, schools inside the camps are few and elementary, food rations and medical supplies are inadequate and non-governmental initiatives willing to assist them are largely obstructed. What can refugees do under such deplorable conditions? Stay as a refugee in Bangladesh? Find a way to get out of Bangladesh and into Malaysia or Thailand? Find alternative means for survival? Or channel their anger and frustration by raising a fight for their right to self-determination — and, thus, making their relationship with the other Myanmar population into a fully-fledged conflict situation? Bangladesh and other countries where the Rohingyas are fleeing still have the obligation to afford them shelter. They cannot push them back into a country where they know they will face persecution and ethnic cleansing and their life will be at risk. Why?

Under human rights norms, state obligations can be broadly categorised into positive and negative obligations — the obligation to do something and the obligation not to do something. Probably the most fundamental negative obligation is the duty not to harm others regardless of whether they are your citizens or not. This obligation prevents states such as Bangladesh from pushing the Rohingyas back into the territory of Myanmar, where it is obvious that they will suffer ethnic cleansing. The providing of shelter and other rights such as food, education and effective sanitation come from the obligations under the Universal Declaration of Human Rights and the Covenants on Civil and Political Rights and Social, Economic and Cultural Rights — the holy trinity of human rights instruments. Because of the obligations contained in these, a state cannot declare that it has no obligations to house refugees as it is not a party to the convention protecting refugee rights.

It is, in fact, the responsibility of the international community to host the persecuted Rohingya people till conditions are in place for their safe return. Bangladesh, in this respect, can play the role of interim host. The Myanmar government must not be allowed to think that this is a comfortable or permanent ‘arrangement’. However, although some assistance is given to Bangladesh to look after the Rohingya refugees, little is being done to pressure Myanmar into taking back its people with the guarantee that they will be given the status of Myanmar citizens with all the rights citizens have. The Myanmar government must immediately stop its ethnic cleansing of Rohingya people and recognise them as citizens of Myanmar, with full rights. They cannot deny the very existence of the Rohingya in Myanmar as it is historically proven that they have been living there for generations.

Where is the collective Asian (government and non-government) voice denouncing the violations perpetrated on the Rohingya by Myanmar? For too long, we have observed almost nothing being done by the international community to support the Rohingya people from ethnic cleansing in Myanmar. No sanctions, no effective measures by the United Nations or the international community. Where is the voice of ASEAN, or the OIC? The Rohingyas want their land and their homes back. They want their rights recognised and to live peacefully on their land in Myanmar. Bangladesh, instead of complaining about the influx of refugees, must rally together other nations in Asia and start a collective effort to effectively make Myanmar stop the persecution and discrimination against the Rohingya population. Bangladesh, of all the Asian countries, should understand what it is like to be a refugee, uprooted from ones land and fighting for ones identity.

Report Published on December 21, 2016 at www.newagebd.net

← No to ’special circumstances’ in Law, No to Child Marriage
OPEN LETTER TO THE PRESIDENT OF THE SECURITY COUNCIL AND MEMBER COUNTRIES OF THE COUNCIL TO END THE HUMAN CRISIS OF ROHINGYAS IN MYANMAR →