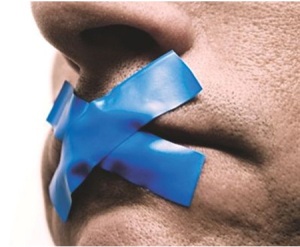 THIS week has marked an important watershed in Bangladesh’s fast eroding political culture. The universal norm of respecting the dead not only fell short, but sunk to a new low when a diatribe was orchestrated against a dead professor who held non-conformist views of society and politics, and was bold enough to express them in no uncertain terms. As the friends and well-wishers of the deceased planned a befitting farewell at the central Shaheed Minar, they also became targets of the tirade and was declared persona non-grata at the Shaheed Minar by these self proclaimed guardians of the spirit of war of national liberation.

Such desecration of the dead and moves to demonise intellectuals signal ominous portent for Bangladesh’s already tensed and fractured political mores. A new form of bigotry is gaining ground and its protagonists, supported by the ruling party and its cohorts, have been blatant in pursuing their agenda. Their main purpose is to terrorize the few remaining intellectuals who do not subscribe the views of the establishment, but also dare to challenge them in talk shows of various television channels and op-eds in newspapers.

As a backdrop of unfolding of these events one needs to understand the psyche of those in the authority and their henchmen. In a situation where the parliament has been made dysfunctional, opposition political parties virtually decimated through use of brute force and litigation, administration neatly lined up along partisan lines and large segment of the media and the civil society institutions brought successfully under control, it is the handful wayward talk-showwalas who are misleading the public. In the absence of any meaningful platform to debate and discuss on politics and policies of the government that affect the ordinary folks it was these talk-shows and op-eds that provided the citizenry with important insights and critical perspectives and helped shape their opinion. Media analysts are in agreement that although aired in ungodly hours, these talk shows draw the largest audience and significantly improve the TRP ratings.

This is not the first time that that the deceased professor and some among the group of intellectuals have came under attack. Senior functionaries of the state, including the chief executive, were candid in expressing their disapproval of the late night talk-shows, occasionally on the floors of the parliament. The recently sacked Minister in his last public appearance in New York was contemptuous and obnoxious in expressing his opinion of the talk show “night birds”.

One does not need to be a well versed in Bangladesh public policy making to conclude that a plethora of media related laws that have been and are being framed by the Ministry of Information are essentially directed to curb freedom of expression, the core human right acknowledged universally and reiterated in the constitution of the country. This assault on individuals who hold views contrary to the ruling elite is nothing but palpable expression of intolerance and prejudice. It therefore undermines the cardinal tenet of a democratic order: the right to dissent.

Bereft of decency and civility, the recent act against late Professor Piash Karim and decree against the group of intellectuals is a worrisome trend. It augurs a new wave of hatred and revulsion to ideas, ideologies and political positions that may appear to be threatening to the current political dispensation.

The guiding precept to deal with such individuals is to harm their reputation and the easiest technique is to brand them as razakars (collaborators of the Pakistan occupation army). If that becomes difficult to peddle (i.e., for consideration of age), then label their parents or grandparents to be razakars. One does not need to provide evidence to back up such claims. One declaration is enough to mobilise an ensemble of supporters to taint the identity of the concerned individual. Even active participation in the war of national liberation is no guarantee to ensure immunity from such labeling. There are scores of examples to cite.

The detractors have conveniently shunned the fact and the logic that it was the ideals of freedom, rights and liberty that Shaheed Minar epitomizes that made the family and friends of the deceased to consider taking his mortal remains to that monument. If the deceased or his companions were against what the Shaheed Minar stands for why would they select the site for bidding final farewell? In all fairness therefore, on may surmise that those who opposed Piash’s body to be taken to the Minar themselves were undermining the great ideals that the language movement and the war of liberation stood for, and that they did for petty political gains.

One would hold the custodian of the Shaheed Minar the Dhaka University authority responsible for pandering to the irrational demand of a section of student leadership. Their public endorsement of the demand was an affront to the sentiment of the family and friends of the deceased and contributed to the unpleasant turn of events centering the funeral. The Proctor of the University has a case to answer as to how groups who did not take permission secured their position at the Shaheed Minar to spew out invective against the deceased professor and other intellectuals.

The responsibility also falls on the leadership of political parties whose student fronts were involved in the reprehensible act. After all, the so-called leaders of the student fronts were not elected by their rank and file, they were hand picked by the mighty leaders of their mother parties and thus the latter should be held equally accountable for the misdeeds. It is gratifying to note at least one member of the Cabinet picked up the courage to give his version about the role of Piash’s family in 1971 that differed from that of his attackers.

Responsibility also lies on the much decorated and revered public intellectuals who in the past had taken bold stands and high moral grounds on various social and political issues. One wondered what kept them silent this time when a section of their fraternity is subjected to such monstrous and unfair attacks. Is it because they also tacitly endorse the position of the detractors and their modes of character assassination, innuendoes and intimidation? If issuance of fatwa declaring someone a Murtad (disbeliever) by a religious bigot is offensive and amounts to criminal act, so is declaring an individual persona non grata to Shaheed Minar on grounds of being ‘intellectual prostitute’. This silence of the conscience keepers of the nation at this critical time reveals that they do not deserve the high pedestal where they find themselves in. One is also perplexed at the stark stillness of the rights activists and women’s organizations who are not moved by the actions of this self-proclaimed interpreters of spirit of the war of national liberation. It also appears that ink of liberal editors have also gone dry. History will not absolve the complicity of these people with the neo-bigots.

All these acts of omission to condemn the attack on the dignity of human person will contribute to breeding of a culture of impunity for the perpetrators and further erode values of shomman, shohabosthan and shohishnuta (respect, co-existence and tolerance) that are essential for a democratic polity. History has provided us with umpteen examples of tragedies that befall on societies and states where dissent is quashed and angels of freedoms fear to tread.

The writer teaches International Relations at the University of Dhaka. He is president of Odhikar.

Published on October 22, 2014 at www.thedailystar.net