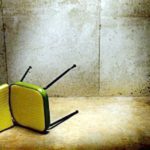 International DayToday, June 26, is being globally commemorated as International Day in Support of Victims of Torture. Torture denies inherent dignity of human beings and has a lasting debilitating effect on the victim’s personality. Termed by the United Nations as one of the vilest acts perpetrated by human beings over fellow human beings, the act of torture cannot be justified under any circumstances. It destroys life, corrupts states officials and undermines the rule of law and democratic governance.

Torture has been identified as crime under international law and ‘systematic and widespread practice of torture constitutes as crimes against humanity’. The prohibition of torture forms part of international customary law. This means it is binding on every member of the international community regardless of whether a state has ratified international treaties in which torture is expressly prohibited.

Torture is a global phenomenon. The practice of torture has received major fillip in the post-9/11 world as its use has been increasingly justified under the garb of national security, drives against militancy and terrorism, and fight against organized crimes. Often torture is inflicted on individuals to curb social protest and democratic dissent. Torture is perpetrated to obtain information or extract confessions usually from persons detained on ordinary criminal charges. Needless to say, it is the poor, the disadvantaged and the minorities who disproportionately bear the brunt of torture.

The Convention on Torture has identified three elements that, if combined, constitute torture: (a) intentional infliction of severe pain or suffering, (b) for a specific purpose, such as to obtain information, as punishment or to intimidate or for any reason based on discrimination, and (c) by or at the instigation of or with the consent or acquiescence of state authorities.

The International Rehabilitation Council for Torture Victims has identified some of the most common methods of torture. Those include, beating, electric shocks, stretching, submersion, suffocation, burns, rape and sexual assault. Isolation, threats, humiliation, mock execution, mock amputations and witness the torture of others constitute psychological form of torture and ill treatment.

The significance of the day for Bangladesh can hardly be overemphasised. A cursory glance at the national dailies of any week would reveal the extent to which the law enforcement agencies (LEAs) of the country resort to this practice, deemed as a crime under the laws of the land. National rights organisations including Odhikar and Ain O Salish Kendra and international rights bodies (Amnesty International, Human Rights Watch, Asian Commission for Human Rights and International Commission on Jurists) have time and again provided documented cases of torture, ill and degrading treatment meted out by LEAs of the country.

The long-drawn struggle of rights activists steered by Odhikar had led to Bangladesh’s ratification of the much celebrated Convention against Torture in 1998, and the subsequent enactment of the Torture and Custodial Death (Prevention) Act in 2013. In addition, the order containing 15 directives of the High Court Division of the Supreme Court in 2003 in the matter of BLAST versus Bangladesh regarding arrest, detention and interrogation of accused persons in order to avoid and prevent torture in remand/custody is also a major milestone in the struggle to eliminate torture.

However, despite those achievements in the legislative and judicial fronts very little progress has been made in the administrative front for curtailing torture by the LEAs. On the contrary, since 2013 a new dimension, shooting in the limbs of detainee/accused persons, was added to the corpus of torture in Banglaesh. Odhikar reports that during 2015 as many as 35 persons had sustained injuries in the leg due to shooting of the members of LEAs after they were apprehended.

The legal framework has been of little value in limiting the crime and deterring perpetrators from resorting to torture. The law enforcement agencies as well as other government apparatuses appear to be oblivious to the mounting cases of gross misconduct. Blanket denial of wrongdoing by members of state agencies and protection of perpetrators breed impunity and encourage them and others to further engage in such dastardly acts. All these contribute to a situation in which the disrespect to the rule of law becomes palpable. If allowed to continue unabated people’s trust in the government institutions will erode. That will surelyportend ill for Bangladesh polity.

CR Abrar teaches international relations at the University of Dhaka. He researchers and writes on rights and migration issues.