Torture victims of Bangladesh have demanded justice for the suffering inflicted against them by the country’s law-enforcement agencies. Dozens of victims of torture participated in discussions and street protests across the country to commemorate the UN International Day in support of Victims of Torture on 26 June. Several Bangladeshi professionals joined the torture victims in the programmes organised by Odhikar and the Asian Legal Resource Centre (ALRC) on June 25 and 26 in Bangladesh. 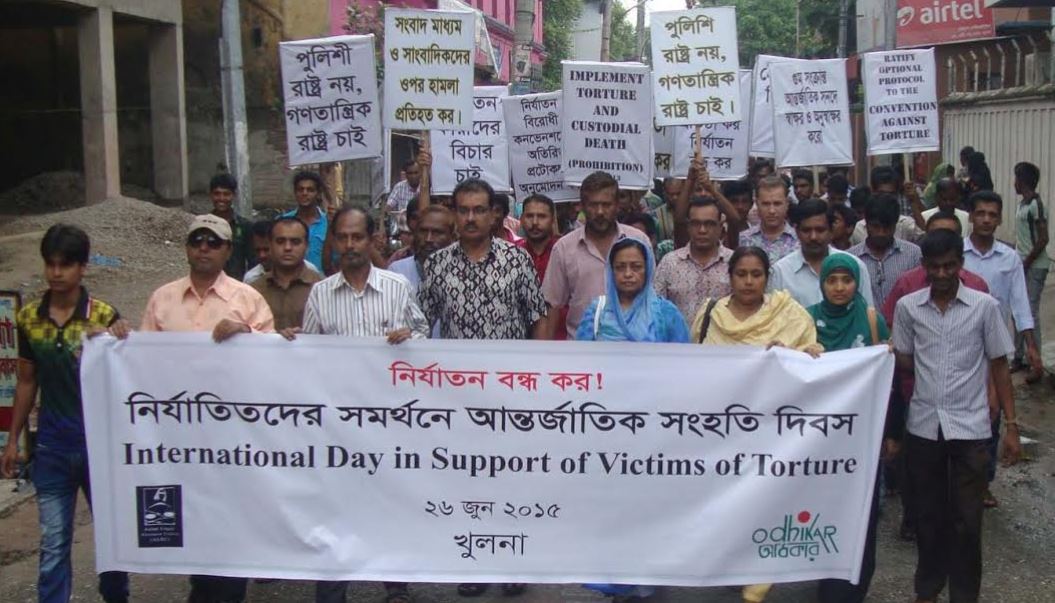 Torture victims Babul Akhtar and Junayed Hossain Leon shared their painful experiences of sustaining torture by law-enforcement agencies while in detention. Wife and daughter of Mr. Mahmudur Rahman Manna, a civil society activist, who remains arbitrarily detained, and has been tortured in custody, shared their dreadful experiences regarding the excruciating law-enforcement system in Bangladesh. 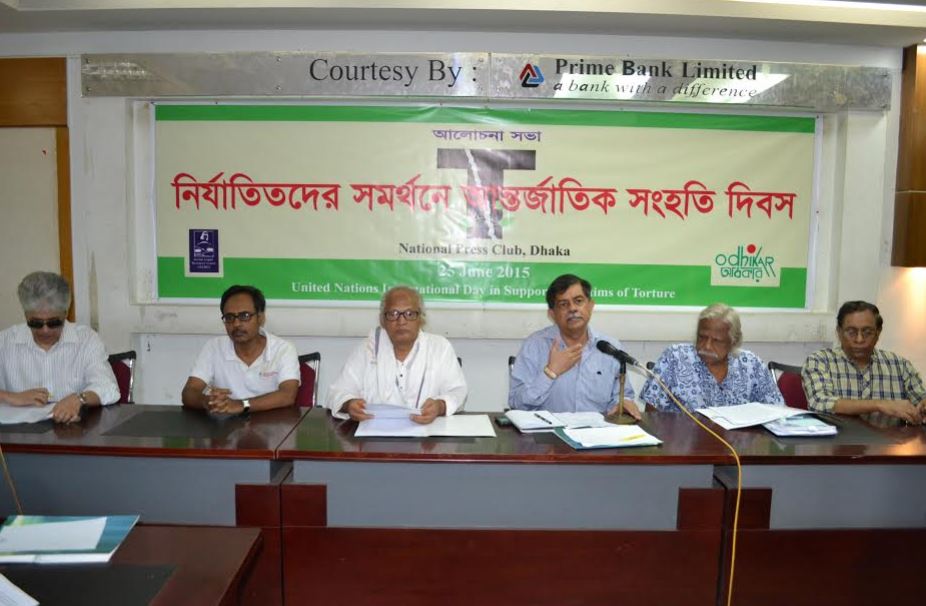 The speakers, particularly the victims, underlined the importance of reforming the law-enforcement system, which is known to be a ‘torturous system’. The lack of judicial remedies in the cases of torture has been cited as a matter of concern in the country.

Torture victims took to the streets in many district headquarters of across Bangladesh on 26 June. They demanded justice for the pain inflicted by law-enforcement agency personnel. Lawyers, journalists, human rights defenders, trade union activists, teachers, and cultural activists participated in the protests and human chains in the country.

A detailed pictorial report on the 26 June 2015 events can be accessed here.

About the ALRC: The Asian Legal Resource Centre is an independent regional non-governmental organisation holding general consultative status with the Economic and Social Council of the United Nations. It is the sister organisation of the Asian Human Rights Commission. The Hong Kong-based group seeks to strengthen and encourage positive action on legal and human rights issues at the local and national levels throughout Asia.

About the Odhikar: Odhikar, means ‘rights’ in Bangla language, is a human rights organisation based in Dhaka, Bangladesh. A group of human rights defenders established this organisation in October 1994 to create a wider monitoring and awareness raising system on the abuse of civil and political rights in Bangladesh. The rights watchdog contributes to policy advocacy aiming to address the contemporary human rights situation in Bangladesh. It is registered as an NGO with the NGO Affairs Bureau of the Government of Bangladesh bearing registration no. 924, 1995. Odhikar has a special consultative status with ECOSOC at the United Nations.