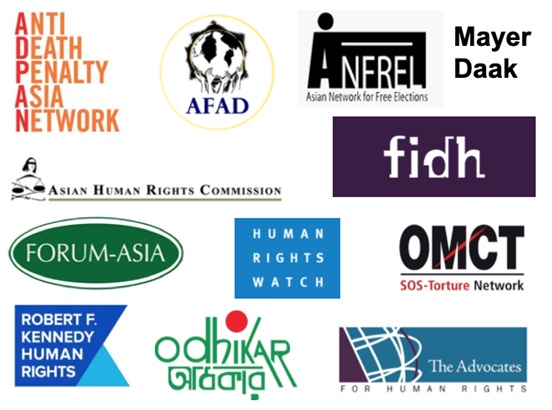 *Joint Statement by 12 human rights groups ahead of the International Day of the Victims of Enforced Disappearances, 2020

(Dhaka, August 28, 2020) – Bangladesh security forces and law-enforcement agencies continuously commit enforced disappearances with impunity, targeting journalists, activists, and government critics, 12 human rights groups said today ahead of the International Day of the Victims of Enforced Disappearances. The groups remember the victims of enforced disappearances and stand in solidarity with the families of people who have been forcibly disappeared in Bangladesh and across the world.

Bangladesh is a member of the United Nations Human Rights Council. The Human Rights Council should bring a resolution calling for an independent investigation into all allegations of enforced disappearances, torture, and extrajudicial killings committed by the law enforcement and intelligence agencies in Bangladesh.

Above all, all the disappeared people held in state custody should be safely returned to their families and those responsible for their disappearance should be held accountable, the groups said.

← UN body petitioned over enforced disappearance of Rohingya in Rakhine State
CIVIL SOCIETY JOINT ALTERNATIVE FOLLOW-UP REPORT: One year after the UN Committee against Torture’s Concluding Observations on the initial report of Bangladesh →